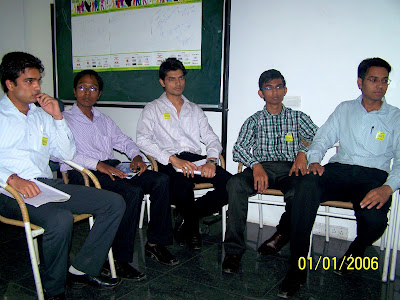 As a part of NEN E- Week, ISME Bangalore had a Panel Discussion on the 13th of February covering three important topics with a theme “Invent the Future”:

There were three teams, nine members in each group discussing about the role of different entrepreneurship models and its importance of focusing on today’s Global Economy.

The discussion was started by-

Group 1, with the topic “Israeli model of entrepreneurship”, who came out pretty well on their topic. They started with points like Israel is considered to be an Idea Factory with highest number of business startups. They gave importance on stating how 60% of Israeli companies are listed in NASDQ and why do big IT organization like Intel and Microsoft have their research centers in Israel. They mentioned what drove the Israelis that were their attitude towards failure. They concluded “What’s consistent among the Israeli business culture is an emphasis on using failure as a vehicle to enhance one’s skill set,”

Group 2 discussed about the “Need for Green Entrepreneurship”. They emphasized how the world is turning towards the ‘Green way of Manufacturing’. The group strongly stated that green businesses are not just the engine of future economy growth – they are powerful engines of real economic growth today. The group also discussed some important cause for the need of Green Entrepreneurship such as: Being a green entrepreneur means that you are helping to save the environment. Tax credit benefits that are often given to green entrepreneurs, it can be cheaper to run a green business and green entrepreneur business is only going to rise in popularity helping an individual gain more of revenue and brand image as a company as the world is opting to go Green.

Group 3 The last group discussed about “Role of education system on entrepreneurship”. The group mentioned how education is important for an individual to get a character and skill sets that help us in entrepreneurship. They drew out examples from real life as in how people like Bill Gates, Henry Ford, and Richard Branson made fortunes without any formal degree. Although the group beautifully showcased it, the percentage of successful people with education is more than the people who did not, as they where the one who could actually strategically manage their ventures with less no. of failures.

It was a great learning experience for everybody, and with the special coordination of Prof. M.L. Prasad and the NEN members, made it a great event. There was a great enthusiasm shown by all the students and it contributed a great deal for the E-Week.