“Khushiyon ke chand pal”- A case let on the ad campaign and the creative man behind it.

Khushiyon ke chand pal- A case let on the ad campaign and the creative man behind it.
Dr. Shampa Nandi, Faculty, ISME 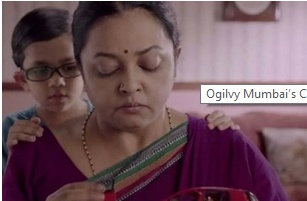 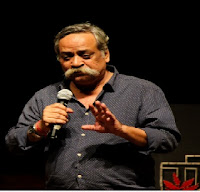 “Khushiyon ke chand pal” a recent ad campaign where a women, the heart of the family who often unnoticed and unappreciated, getting appreciated unexpectedly for small, small repairing work done by her with the help of Feviqwik, the instant adhesive from Pidilite industries. I am sure everybody is now able to recall the series of advertisements by Feviqwik. The company has always created very wonderful advertiments and entertained Indian consumers and Television viewers. The recent campaign has highlighted how Feviqwik is able to fix the broken objects but also fix the broken bonding between family members.
Series of ad campaigns under “Khushiyon ke chand pal’:
Ad 1: A kid eating at the dining table asking his mom for “Karela (Bitter Gourd).” Mother is  surprised as it does not happen every day, in background a voice over reported that it happened only because mother has fixed his favourite car with Fevikwik.
Ad 2: The mother is running on the treadmill and her mother-in-law offers her a glass of orange juice, which is very very unusual. This happen as she fixed her broken Puja bell (Ghanta) with Feviqwik.
Ad 3: Husband returning from office gifted the wife a bouquet of flowers. It is so
surprising, happened only because his wife has repaired the tv remote before the important cricket match.
Feviqwik this ad message “Khushiyon ke chand pal, sirf 5 rupaiye mein” is amazing, full of wit and humour and portrayed beautifully how a woman, heart of the family creates little joyous moments by repairing small household objects. The Chief Marketing Officer Vivek Sharma of Pidilite Industries said that the theme behind the ad was to appreciate the heart of the family, the homemaker who often get unnoticed for her contribution and appreciate her role and at the same time ad should have the humour in its delivery.
This ad has been recognized and rewarded as “Best Creative Campaign” in Star Re-Imagine Award announced on June 11, 2018. In Brand equity Agency Reckoner 2017-18, Ogilvy and Mather, the creative ad agency of   this ad ranked no. 1 among top ad agencies of India. Any good ad campaign is a result of great teamwork and Star Re-Imagine has not only rewarded the creativity but the teamwork and entire team of 24 members comprising of Marketing, creativity and media attended the event and rewarded.
Team involved behind this creation:
·         Agency: Ogilvy and Mathar, Mumbai.
·         Creative team- Piyush Pandey
·         Account Management- Vivek Verma, Pranay Merchant, Sriyanta Ghosh, Yesha Shah
·         Director- Prasoon Pandey
Mr. Piyush Pandey, Executive Chairman and Creative Director of Ogilvy and Mather,  has commented that Feviqwik is always famous for using humour and wit across all its communication and Khushiyon ke chand pal’ has depicted the instant bonding adhesive as best partner for any housewife who can fix day to day things and create cherished moments. Mr. Pandey has awarded as the most influential person in Indian Advertising in 2018 and for the past 9 consecutive years “The Economic Times” declared him as the most influential man in Indian advertising. He also received Padma Shri for his contribution and achievement in the creative world. Without a special qualification in Advertisement, it is hard to believe that the man who is behind much iconic campaign, actually started his career as an account executive in Ogilvy and Mather in 1979. Hailed from Rajasthan, well versed in Hindi, he actually started creating ads in Hindi, giving messages for the masses. He actually revolutionised the ad delivery using Hindi as a medium and giving away the elitism. Some of his very popular creations are “Milhe sur mera tumhara”, Luna Moped, Cadbury Dairy milk, Asian paints and according to him most of the ideas came from popular culture and common people’s conversations.
TEACHING NOTES
Case Positioning
The case is suitable for teaching basic concepts on Advertising for B-school students or students of other business management courses. Students who has no prior knowledge on advertising, the message, the target audience, media, and message execution would be benefitted by this case.
Discussion Questions:
1. Analyse the advertisement in terms of target, the theme, and the message execution
Style.
2. What is the USP of “Mr. Piyush Pandey’s Creation” and justify whether the campaign “Khushiyon ke chand pal” is aligned with his basic creativity and execution style.
REFERENCES
·         https://www.exchange4media.com/advertising/fevikwiks-khushiyon-ke-chand-pal-and-swiggys- no-order-too-small-win-top-honours-at-star-reimagine-awards_90472.html
·         https://lbbonline.com/news/ogilvy-mumbais-campaign-for-pidilites-khushiyon-ke-chand-pal-   celebrates-the-joy-women-bring-to-families/
·         https://www.livemint.com/Consumer/GAONbsz3OeqaMO0mHdu9aN/New-Fevikwik-ads-focus-on-women-consumers.html?u
tm_source=scroll&utm_medium=referral&utm_campaign=scroll
·         https://www.thebetterindia.com/87324/piyush-pandey-advertising-ogilvy-mather/
·         http://www.indiantelevision.com/mam/media-and-advertising/ad-campaigns/pidilite-celebrates-  khushiyon-ke-chand-pal-in-new-tvcs-171121
·         http://www.pidilite.com/ads/fevikwik-khushiyon-ke-chand-pal-mother-son-tvc/