GLOBE IS GETTING OBLIQUE.. 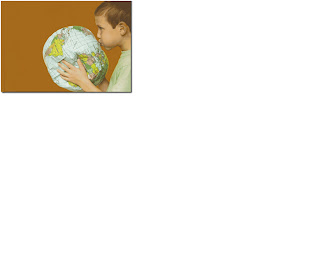 Taking a set of wee hours in account that I spent along with one of my sweet uncle, I do start this topic. I and he were driving our legs to the confectionery stall. It was pretty cool morning and when I pulled out my eyes from the cell phone screen and watched around, I could see many health conscious uncles and a few aunties jogging with covered nose-mouth with masks. It framed like surgeons were running out of the operation unit in the midst of fixed cases. I was aware of the “masked” purpose and the purposely doing actions lured my laugh. After crossing the third “medico”, me and uncle were about to cross the road. Abruptly one black hefty 4 wheel drive [think it was a PAJERO. I couldn’t remember exactly] passed us investing a commendable sized knotted white plastic bag off road.
The football like perfectly packed bundle bounced back after hitting the electric post and the same came eagerly to us. It was a waste “bomb” – a homemade one. The odd and stiff smell out from the kitchen ‘opus’ was really “great” and it was enchanting me, frankly not only me but my seventies model uncle too. The smell was suffered me in such a way that I couldn’t even realize my uncle’s face. Gargantuan radiations from the home made pack were sailing out of saturation as the bag got torn after the bounces.
Italian, Indian, Chinese, tandoori almost all who got escaped from the dinning space then YESTERDAY or day before were peeping out from the cover. The catastrophe was so near. The sublime action was done by the bus came then, driving over the half torn packet. The 1+2 heavy right sided wheels made the stuff easily to a word map like structure over the road. The world wide food nexus was made like this in a spoon of seconds. We stood as pure eyewitnesses for the ‘crime’. I think it was a beef piece that cannoned at my lips from the packet while the bus tires were doing the novel action.
“How our lands hold cleanness? Better sweep all stupid like this first”   uncle lamented. I looked at him and saw the doleful patriotic person from my family. Pulling out inner stuffs from the throat and utilizing the good health, vigorously   he spat over the road. Thus he showed his grieves and walked along the length waving his hands saying follow me.  I just followed him asking myself
“What is the difference between my uncle and the pajero human?. They both tried their level best try to harm the environment.
Then after I’ am trying to change myself. Not to spit in public, not to dumb waste in public, to use the dust bins. If one person is not dumping used mobile recharge coupons, wrappers, scraps even bus tickets for a few years he or she is saving our lands from ‘ton’ of grams of waste. Then imagine how much he or she would be saving in a life time?
“All are not able to do great things, but all are able to do small things greatly”
By
Lijendev
(Read more on my blog http://www.devdrums.com/2010_12_01_archive.html)