“Don’t look for the needle in the haystack. Just buy the haystack”
– John C. Bogle in “The Little Book of Common Sense Investing”
Traditionally, in stock picking, investors tend to follow an approach called top-down approach, where, one looks at the direction economy as a whole is expected to take in the foreseeable future, and the sectors and industries that are most expected to contribute as well as benefit the maximum with the such macro-economic prospects, and finally analyze and choose the individual companies, within such racing industries. Contrarily, one can also look at taking a bottom-up approach, where individual stocks are first identified based on certain news items in the market, and then going about evaluating the prospects of its growth in the given macro-economic and industry dynamics. A lateral path for stock picking, taking a creative look at some untouched, unclassified, sometimes unthought-of sectors can also help a profitable stock-picking process. This article attempts to give an introduction to such approach, and also provide brief examples of such stock picking.
While a specific step-by-step process cannot be put down here, as the technique is to think more abstract and needs an ability to identify a business model that has a story. Such business model should be specifically identifiable in a set of companies. And not just that, the business model should be the primary revenue driver of the companies. Such business model can be product driven, market opportunity driven, event driven, emerging consumer need driven or simply the innovativeness that has a potential to convert into a great USP in future.
Let’s look at below stories of certain business models, that are sure to convince us that picking a right stock that’s going to gain the maximum profitability and market share:
ü  Passenger Cars – Cars per 1000 people in India, right now is 28. In contrast, its about 800 in USA and 80 is China.
ü  Domestic Airlines – average number of monthly travelers using Trains is approximately 69 crore (2016-17), whereas corresponding number using domestic flights is 26 crore
ü  Consumer Durables/Electronics – Number of households using ACs in India is 4% of total population, 11% use Washing Machines and only 30% use Refrigerators. Remember, by 2050, India is estimated to be the most populous country in the world
ü  NBFCs – Mortgage penetration in India is a meek 10%
ü  Infrastructure – USA has 4 times more railway tracks, 3 times more roads and 39 times more airports than India
ü  Life Insurance – Life Insurance penetration in India, despite aggressive push by private companies for the last 20 years, is still 2.6%. General insurance is less than 1%.
ü  Private banks – Private banks market share is still only 30%
ü  Agri-related – 47% of India’s labor force is dependent on agriculture
ü  Textile – India is the highest manufacturer of Denims in the world.
ü  Telecom – India has 110 crore active mobile connections vis-à-vis 30 crore smart phone users
Above list is intended to give a snapshot idea of news snippets or statistical numbers relating to companies, industry and economy, those can trigger a need for the stock picking approach being discussed here. As it is more abstract to put in definitions and flowcharts, in this article, we attempt to give certain examples of such sectors or themes, by whichever  name one may call these, and the story of their business models, can at the end be summarized to give an idea of stock picking using this lateral approach.
Basmati Rice Brands:
The domestic basmati rice market is estimated to be 12000-15000 crore. The revenues of these manufacturers grew multifold in the last decade due to enhanced branding, domestic demand, encouraged exports. As per analysts, branded basmati is still only 26% of the market, plus the consumption of basmati is mere 2% of total rice consumption. In addition, at a global level the basmati sales are expected to grow at 11%. This poses a great opportunities for companies like KRBL (India Gate brand), LT Foods (Dawat, Royal), Chaman Lal Sethia (Maharani brand), and Kohinoor Foods. 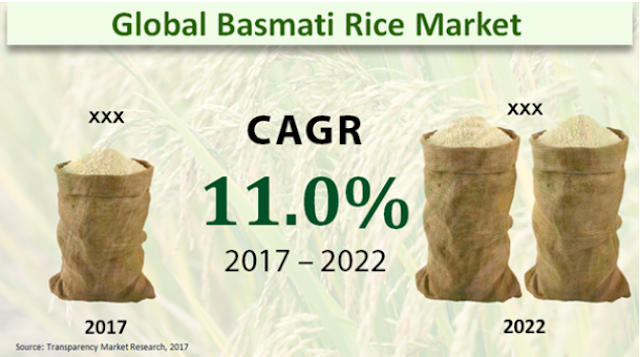 Innerwear Manufacturers:
The domestic innerwear market size is estimated to be INR 20000 crore approximately and is estimated to grow at nearly 15% annually. Rising income, higher discretionary spending, greater number of working women and increasing fashion consciousness, and increased online retailing the market is expected to see greater growth in years to come. The market is expected to be of the size of INR 68270 crore by 2024. Major players like Page Industries (Jockey Licensee), Dollar Industries, Lux Industries, Rupa & Company, and VIP Clothing are expected maximize their gains in the growth journey. In the attached figure, the sales trend of Jockey in India can be seen. 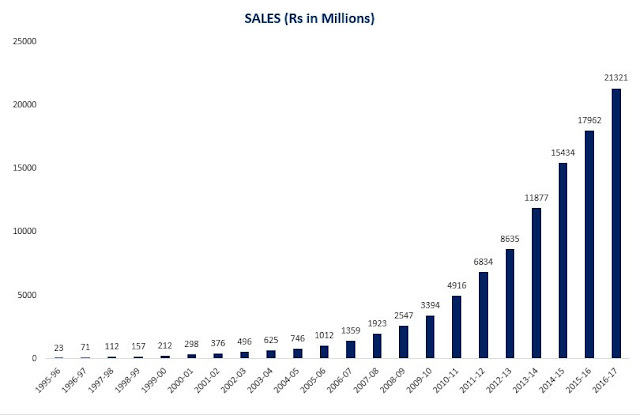 Waste Water Treatment:
They say, if 20th Century belonged to oil, 21st century would belong to fresh water. Following the Supreme Court order, for all industrial units to mandatorily set up effluent treatment plants, has suddenly brought Industrial Water Management companies into attractive category in 2017. Growing at a rate of healthy 15%, the prospects look bright due to increasing population, urbanization, and regulatory mandates. Another study estimates the capital expenditure of companies in India on water and wastewater treatment is set to increase at a rate of 83% over the next five years. Players like VA Tech Wabag, Chembond Chemicals, Felix Indsutries and Ion Exchange India can be major beneficiaries of these trends.

Sports-related Products and Services:
Due to new initiatives in sports arena in the country, like IPL, HIL, IBL, PKL and ISL, the Indian sports industry is blooming. The markets is close to INR 50 billion. A tremendous business potential is present, in the fields of marketing, sports event management, sports goods manufacturing and exports, including apparels, sports medicine and sports tourism. Players like Cosco (India) and Cravatex are expected to benefit the maximum. 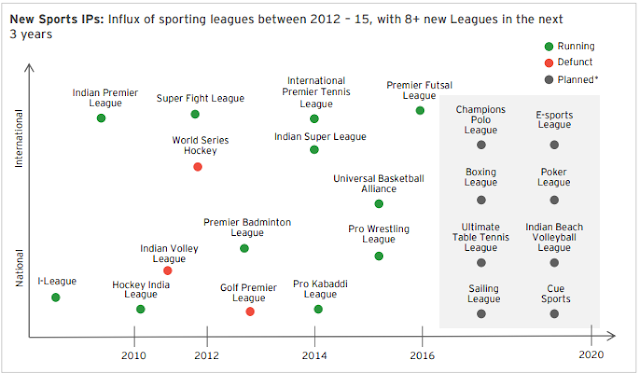 Securities Broking & Allied Services:
Even though largely dependent on performance of capital markets as a whole, the revenues of broking companies have grown at 22% during FY2017. The increased focus of these companies on improving the efficient systems to bring down costs as well as well-diversify into related businesses, is expected to be Rs.180-190 billion per annum in years to come, with a growth rate of close to 15%. Also, it must be noted that the proportion of population in India, exposed to organized financial services is only 3%. Listed companies like, Edelweiss, Motilal Oswal, Geojit Securities, ICICI Securities and JM Financials are seen to be the major players going to drive the growth.
Famous investor, Rakesh Jhunjhunwala, could identify such multibaggers in Titan, when he picked 6 crore shares at an average price of Rs. 3, which is currently in the range of Rs. 900 per share. Dolly Khanna (ghostly managed by Rajiv Khanna) started accumulating stocks of Hawkins Cookers in 2007 in the range of Rs. 100, which within five years reached Rs. 2000 levels. In essence, common sense based lateral thinking can open up an arena of investment opportunities. The potential of investors, being able to identify multibaggers at the initial stage is immense, if there is a keen eye onto various stories of business models and industry trends.
References:
·         http://www.technopak.com/Files/Innerwear-Market-in-India.pdf
·         http://www.ey.com/Publication/vwLUAssets/ey-sports-newsreel/$File/ey-sports-newsreel.pdf
·         https://www.meetup.com/Chennai-Investors/messages/76331871/?_cookie-check=fsVsA4bymUcCCwq7
http://investorji.in/rakesh-jhunjhunwala-success-story.html