China – The US Investor’s Darling

KIRAN KUMAR K V
“There are two kinds of forecasters: those who don’t know and those who don’t’ know they don’t know”
John Kenneth Galbraith – Economist (1908-2006)
With the US equity markets currently perceived to be an all bubble market with undue overvaluations. In the words of Mark W Yusko (Founder of Morgan Creek Capital) – “We are in a land of pure imagination now. We have been on an escalator up and will be taking down an elevator down. We are in most expensive market ever”. Not to miss the point that, it’s also debatable like for many markets and need not be taken as a consensus opinion of majority of analysts. Arguing US President Trump’s statement of DJIA attaining a level of 30000 this year, an analyst presented, the Value Vs. Price analysis, he claims to say the Dividend Discount Value of DJIA is 42186, which is 63% higher than its price. (Based on Barron’s Market Lab Dividend Data). Yet, major research firms have been cautioning about the overvaluation. Goldman Sachs in October 2017, said – “S&P 500 stocks have rarely been as expensive as of now. Against a long-term average of 12.8 forward P/E, the index was trading at a lofty multiple of 18.5. There have been very few times where the stock market looked this expensive. By some measures, it never has”.  Peter Boockvar, Chief market Analyst, at The Lindsay group summarises – “Objectively, the (US) stock market is overvalued. That’s a fact.” 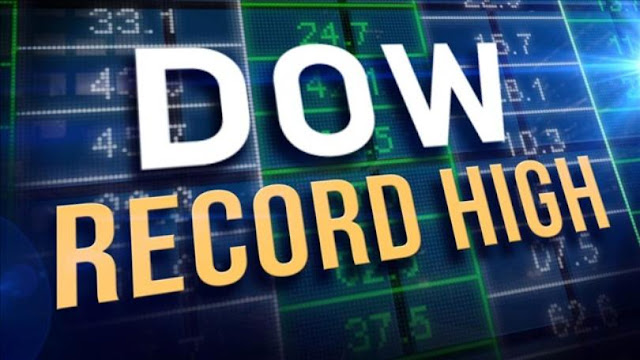 This naturally is driving the attention of investing institutions towards other opportunities in the non-US global markets. The two markets that are attracting global investors for their future potential to generate above-normal real returns seems to be – China and India. In this article, we have attempted to accumulate things that are working for and against China’s attractiveness as an investment destination for a US investor, who’s looking for opportunities outside US, especially in the emerging market segment.

The Growth Story Of China

In the past few decades, China has emerged into a bullish economy due to its rapid growth structurally built around the manufacturing. The real GDP has averaged about 10% since the late 1970s. On the demand side, a high rate of business spending (over 40% of GDP) and export growth have fuelled economic growth. On the supply side, there have been three sources of growth over the last few decades: (a) High rate of investment, leading to superfast capital accumulation; (b) Aggressive technology transfer from innovation hubs; (c) Increased non-farm labour force as people have moved from the interior rural areas to the urban areas on the coast. A clearly laid out export-oriented strategy based on imitation and replication of foreign products, have underplayed the fact that China has been a net importer of natural resources. It may be recalled here that just about 2 years ago Chinese stock markets sent shivers around the world equity markets with it currency devaluations & market crash. 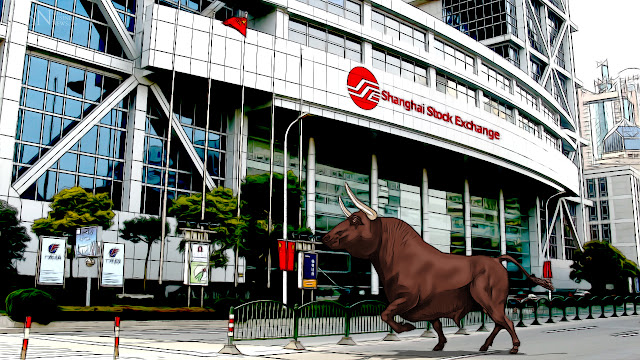 Big Demographic Dividend – A whopping 300 million people, equalling to the size of an entire US population, is the size of China’s middle class population. This is expected to grow upto 700 million over the next 20
years. China, with this demography, is already the largest consumer market in the world. Let us also add the statistics of China’s internet population which has surpassed 730 million with a growth rate of 6% during 2017
Stronger Currency – The economy is consciously working towards making the Renminbi a stable reserve currency for the central banks throughout the world, having the potential to replace USD. This would make China the global superpower in finance.
Focused Development of Corporate Sector – Chinese government is systematically directing its efforts towards long-term sustainable growth in corporate sector with extended support systems, like, creating SEZs, venture capital infusion and encouraging innovation. China has filed the maximum number of patents than any other country in the world.
Infrastructural Support – In addition to the existing infrastructural support system established, China also is taking up newer initiatives at global level. For instance, the Belt and Road Initiative aims at connecting China to Netherlands through a highway, recorded to be the greatest construction project the world has ever seen.
High yet Controlled Debt – A much deeper debt crisis is expected in the Chinese financial market with a mind-blowing 250% of debt-to-GDP ratio, easily signalling a potential credit bubble. But, ignoring the head-line debt, one can keenly observe the corporate debt borrowing, which has considerably slowed down in the last few years

Structural Concerns Yet Looming Over

Having said the positives as above, one cannot ignore the structural issues still underlying with Chinese economy, which needs answers through increased focus on reforms from the macroeconomic policy makers and global market integration:
Shrinking Active Workforce – It is quite likely that China’s workforce will begin to shrink within the next decade. As a result of its long-standing one-child policy, overall population growth is very low (0.6% per year) and the number of people over 65 is the fastest growing segment of population. Thus, it is likely that the workforce will shrink over time. The impact may, however be mitigated by the ongoing shift of workers from rural to urban areas of the country. In addition, China is investing heavily in education to improve the quality of the workforce.
Very high levels of investment spending – The high rate of investment has raised concerns about excess capacity in many industries and low rates of return on new investments in general. Because of diminishing returns to capital, further increases in capital per worker (capital deepening investment) will generate progressively smaller increases in real GDP per worker. In essence, China may be beyond the point where exceptional real growth can be sustained by simply adopting existing technology and deploying more of it.
Domestic Demand Concerns – The Chinese household sector has an extremely high propensity to save – so high that despite the very high level of investment spending, China runs a substantial current account surplus. If investment spending declines as a share of GDP, China will be left with a serious deficiency of aggregate demand unless household consumption and/or government expenditure expand to fill the void.
In summary, China faces significant growth challenges. Decades of a policy designed to population growth may shift labour force growth into reverse just when the potency of rapid capital accumulation wanes. Meanwhile, even if very high levels of investment spending will not sustain historical levels of aggregate supply growth, any significant reduction in investment spending could be devastating to aggregate demand without a corresponding acceleration in household consumption. Yet, the potential China offers in terms of its future course it can take, seems to be innumerable. The bet on China, by US Institutional Investors, at this juncture, can just be the best bet yet by any investors in the history of investment industry. All it requires is Chinese policy makers making all the right policy decisions and redirecting the economy towards capitalising the growth opportunities lay ahead. Given that, the strong economic and business bonding between US and China, latter is least expected to act not in favour of US Investors.